Seidh(r) is an old thing. 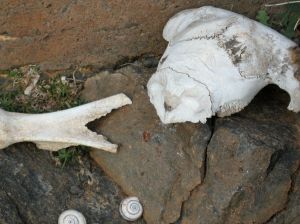 In Northern European mystery/religious practices, there are several deities associated with magic, among the two most known are Odin and Freya.  Typically, it is Odin who is associated with rune magic: a system based in symbols, signs and words. As a god of poetry, war and knowledge, this is an ideal system for Odin to be connected to. Seidhr, on the other hand, is very much in the hands of Freyja. A goddess that is associated with beauty, love, war, and fertility, it stands to reason that She would be interested in these mysteries as well.

In contemporary practice, the two practices often cross over with each other, and practitioners of runes often dabble in seidwork, where most seidworkers have had a fair amount of time with the runes, or are at the very least familiar with them and what they represent. There are a few organizations that are known for their work with Seidh practices, particularly through something known as oracular divination.  What this means is that they get together as groups, and invite people to ask them questions about their current situations and futures.  There is a little bit of historical basis for this, and there is at least one solid literary reference to this type of practice in the saga of Erik the Red, where a village asked for a seidkona to help them figure out why they were suffering a famine.

This is only one aspect of seidhwork, and, by and large, it was something other than this.  It incorporated herbal healing, divination, blessings, curses, hands on work with land spirits, house spirits, and ancestral spirits. In short, it can be seen as a sort of witchcraft, with an in depth practice that can be of use to people from time to time, but it is something that is equally feared as it is valued. It’s a difficult practice to pin a definition on, as it is largely an experiential practice, meaning it isn’t something that you learn from books, and isn’t really focused on the types of learning we typically engage in everyday life.

In my practice as a seidhworker, I’ve done a lot of different types of working, from large oracular events to small herb workings to simple divination practices. I incorporate work with spirits, plants, runes, animals, and a lot of singing practices. Most often, I use a combination of working with the various spirits of my clients (home, ancestral and land), their disir (their female ancestors), and divinatory practices. From time to time, larger ritual work may need to be done, but that quite unusual. When that needs to happen, I take my work very seriously, and will only undertake major ritual work when no other solution to a problem presents itself.